Here’s where I’m supposed to load a lot of boring stuff like my academic qualifications or explain why I am: Writer. Reviewer. Blogger. My path may have been different from that of most writers today when degrees in creative writing are almost mandatory, but my early environment and later experience has equipped me well for the world of words.

Story writing and a love of history are in my blood. An only child growing up in Central Africa where TV didn’t exist and reading was my main joy, I was fortunate to have parents who’d lived real 20th Century history themselves. My White Russian mother had escaped death, or worse, at the hands of the Bolsheviks and my Dad had an amazing adventurous earlier life mushing about the Canadian Arctic and facing off the Japanese invasion force in Shanghai. He’d think nothing of carting off his little daughter to listen to yarns told by old men who’d fought at Spion Kop or who’d hunted down brutal slavers along the Zambezi River into Portuguese East Africa [Mozambique].

Holidays might be spent investigating graveyards of the British 1820 Settlers or wandering  around 17th Century Cape Dutch homesteads. Long before I knew about the Tudors or how to conjugate verbs in the classroom, I’d already been to the spot where the poor Prince Imperial was disembowelled by the Zulus and learned why the 15th Century explorer Bartholomew Diaz erected high crosses along the windswept coasts of Southern Africa.

It was inevitable after I completed college in the UK, I’d follow in my parents’ gypsy footsteps. While I dodged the dramas of my mother’s youth and couldn’t quite match my father’s CV in the macho adventure stakes, I honed my skills in words in an eclectic choice of jobs on four continents that ranged from drafting legal documents in Canada to editing scripts for BBC television shows and from writing peppy travel newsletters for Cunard Line to being an assistant editor on the primary Australian book on first aid.

A member of the Historical Novel Society from its inception, I was features editor for one of its early magazines and occasionally still review books for the Society today. I also review other more general books here on this site and contribute articles to genealogical and family history websites and magazines.

Under my other hat of Mary Maxwell, I’ve written poetry and prize-winning short stories in both humorous and more serious contemporary mode. I’ve sent letters to editors and contributed to small press publications on various topics, including mental health. In matters of social injustice or political stupidity I will step up to the argument if called upon. I’ve even written a submission to a senate enquiry that helped gain transport concessions for older people. 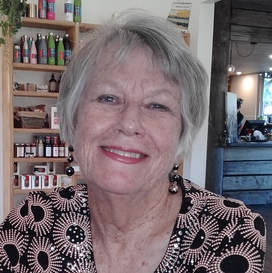